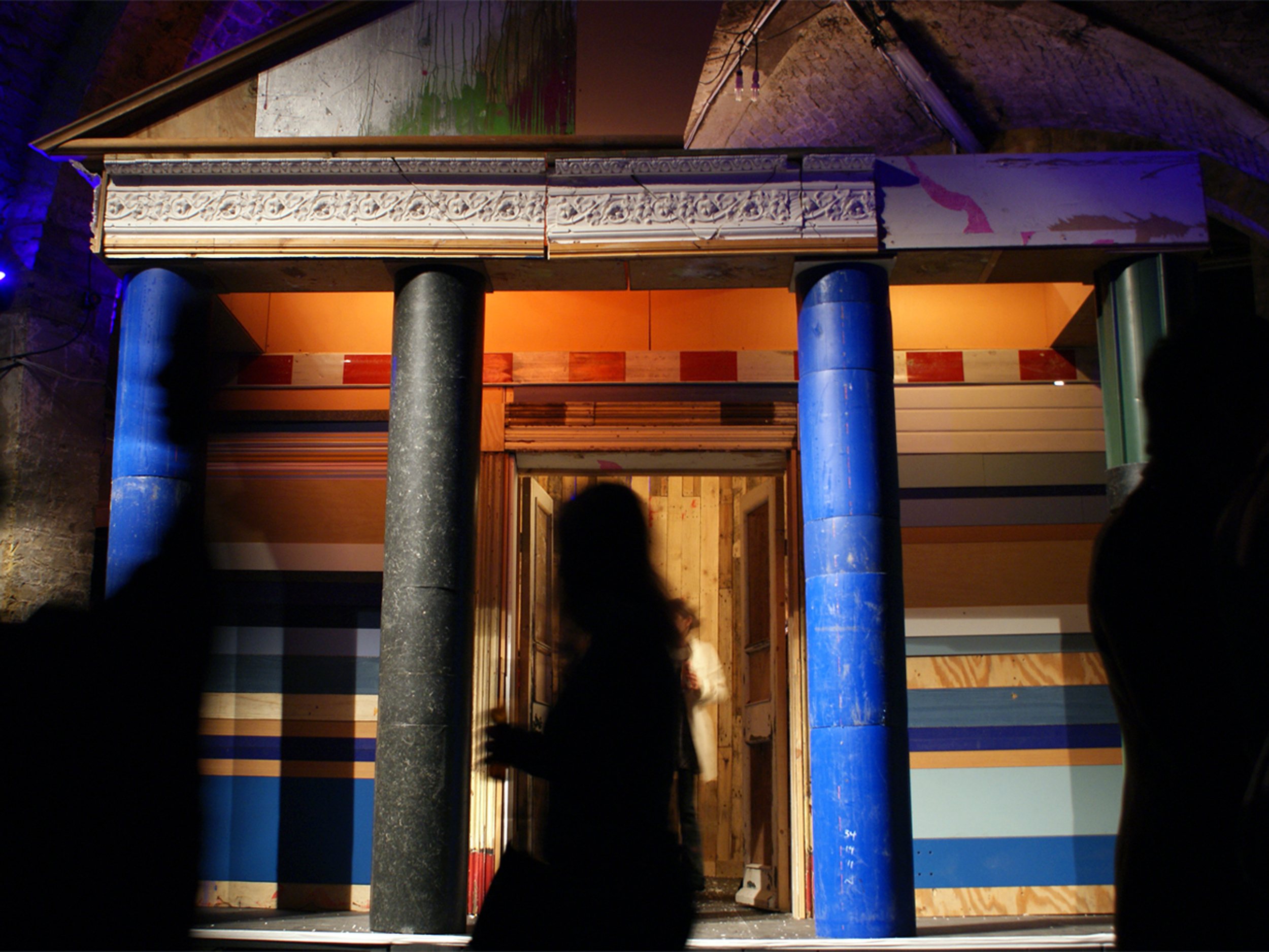 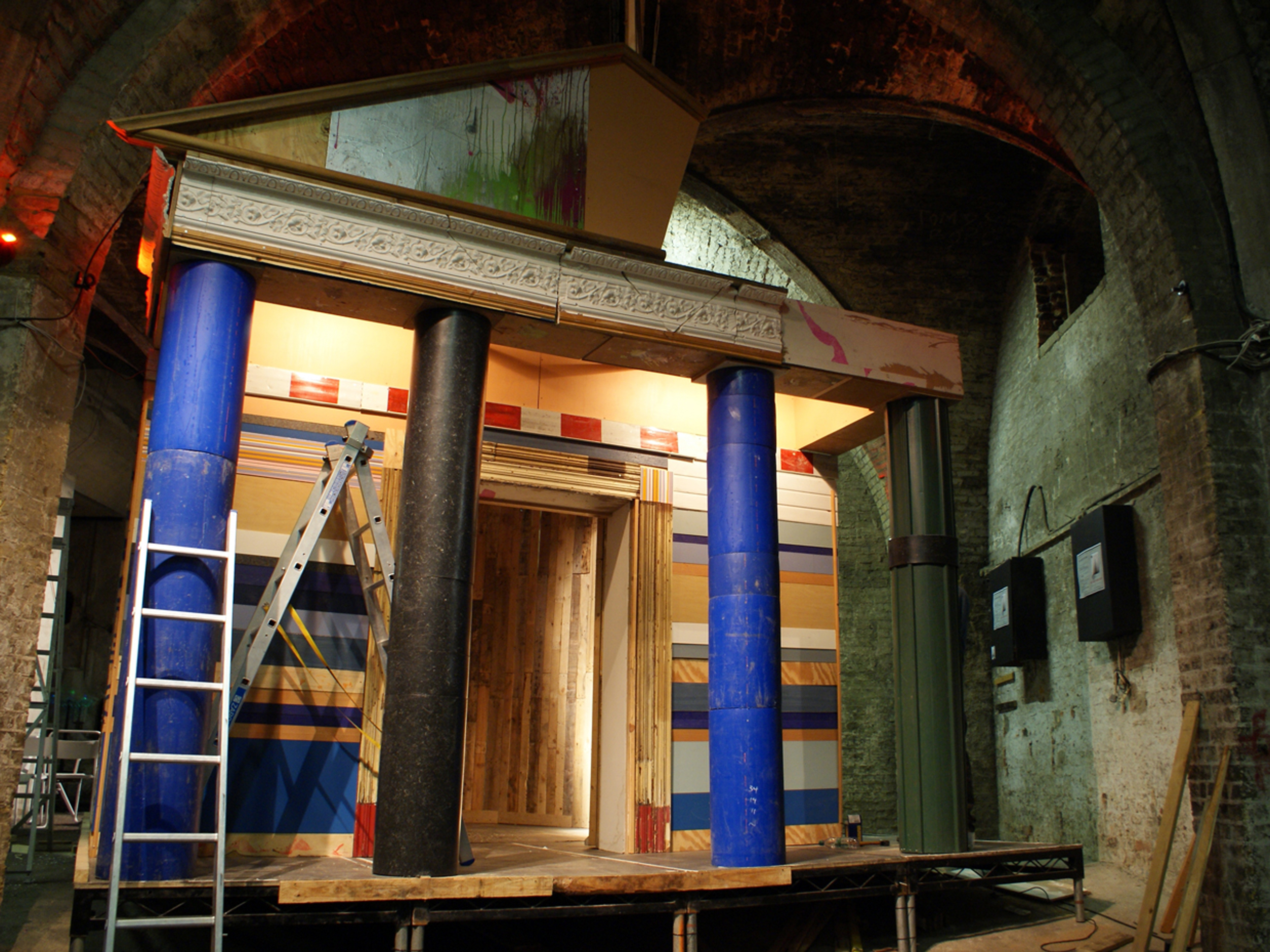 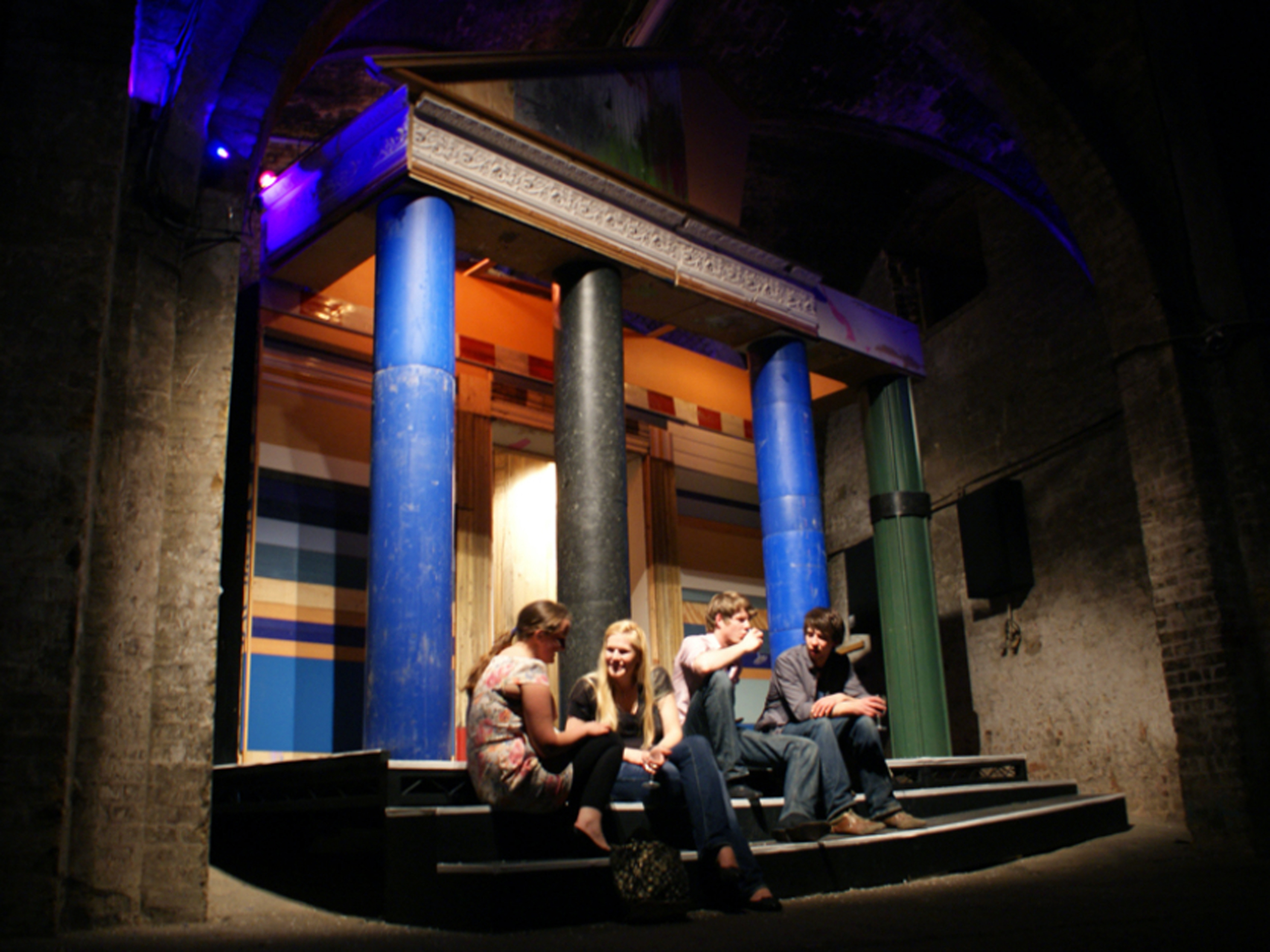 The Pantheon was made from abandoned, old and modern materials gleaned from around Hackney in East London, creating a colourful and eclectic exterior. The interior was made from narrow planks of pallet wood with the appearance of the interior drum of a fairground ‘Wall of Death’ or ‘Rotor‘. I thought of this Pantheon as a place of recreation and the dramatic venue at Shunt, which was an art and theatre space as well as a clubbing venue, especially suited and influenced its making.