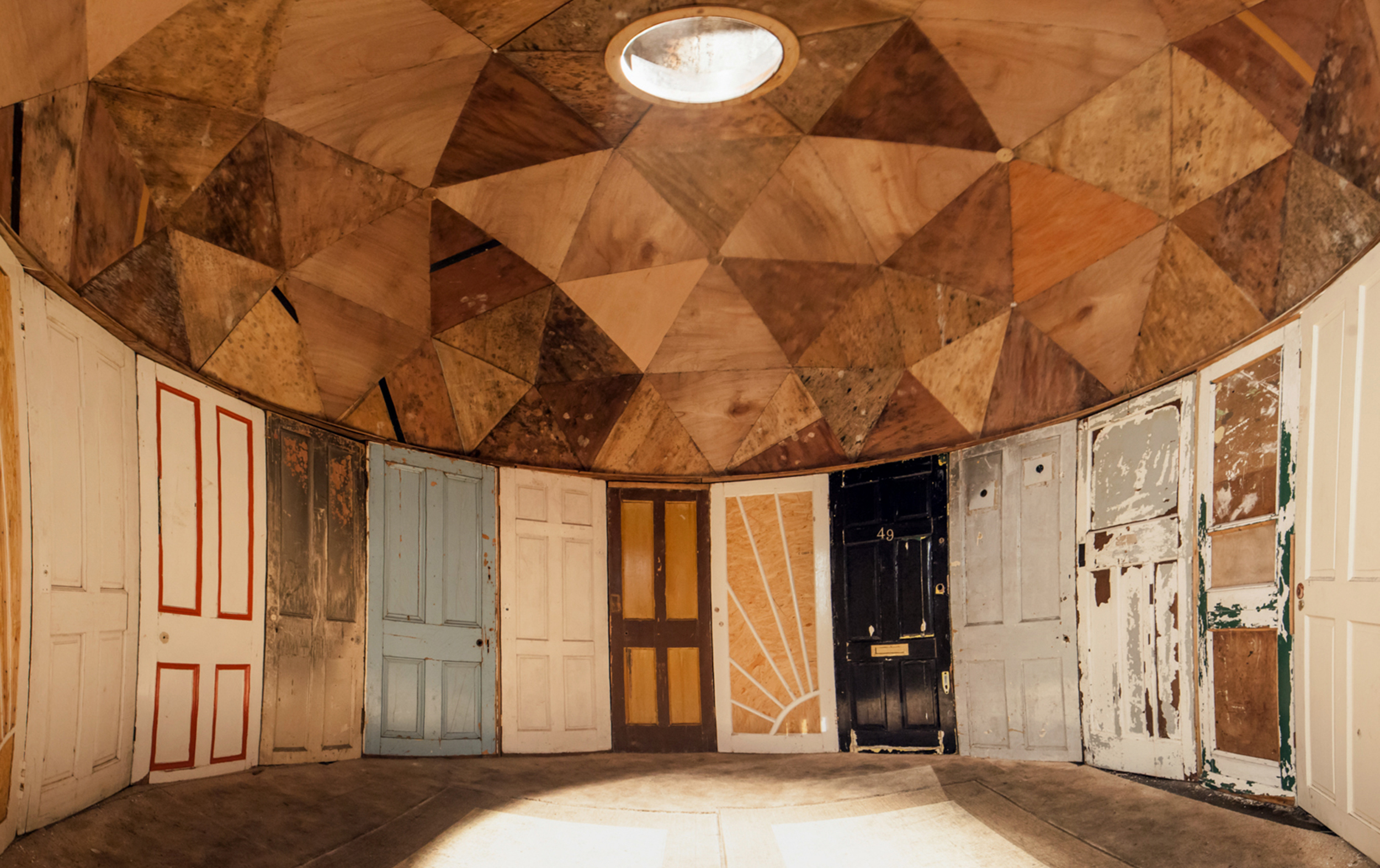 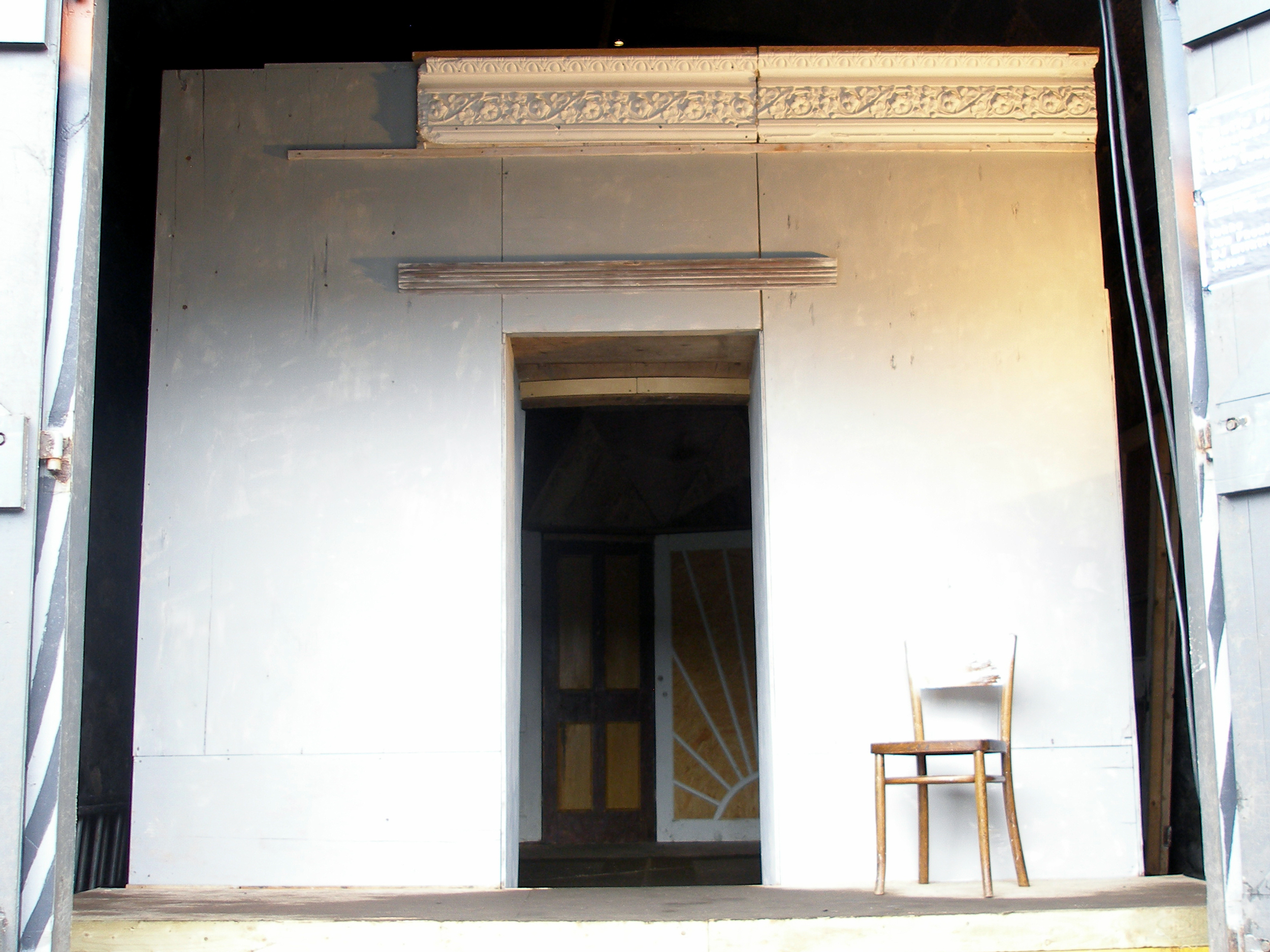 In this version of the Pantheon, the circular form can only be observed from its interior. The facade blocks the view from the street. Fitting snugly within its Edinburgh vault, it was later discovered to be almost exactly 1/10th scale of the original Roman building. There is an unverified story that when it snows Romans flock to see the spectacle of snow falling from the oculus. This phenomena was recreated here. The domed room has  interesting acoustic features which were used by musicians taking part in the festival.